Not all Scudders are mission doctors …

Here are few Scudders we thought you would like to meet.

Use our genealogy database to see if you are related.

We welcome submissions for someone you think the rest of the family would like to meet. We look forward to “meeting” them. 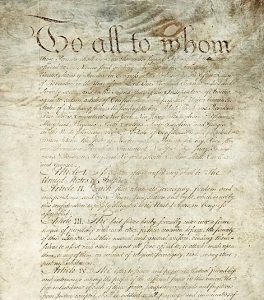 Dr. Nathaniel Scudder was a New Jersey delegate to the Continental Congress and signed the Articles of Confederation in 1777.

Nathaniel Scudder (May 10, 1733 – October 17, 1781) was an American physician and patriot leader during the Revolutionary War. He served as a delegate for New Jersey to the Continental Congress, where he was one of two delegates from New Jersey to sign the Articles of Confederation.

In 1777, Scudder became the colonel of his militia regiment and that fall was sent as a delegate to the Continental Congress. During the summer of 1778.

Scudder continued both forms of service for several years. Finally, on October 17, 1781, he led a part of his regiment to offer resistance to a British Army foraging party, and was killed in a skirmish near Shrewsbury.

Dr. Scudder was the only member of the Continental Congress to die in battle during the Revolutionary War.   Learn More 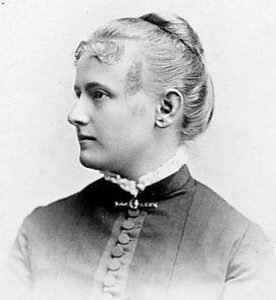 Vida Scudder, was one of the founders, in 1890, of Denison House in Boston, the third settlement house in the United States

She was born in Madurai, India, in 1861, the only child of David Coit Scudder and Harriet Louise (Dutton) Scudder. After her father, a Congregationalist missionary, was accidentally drowned in 1862, she and her mother returned to the family home in Boston. Apart from travel in Europe, she attended private secondary schools in Boston, and was graduated from the Boston Girl’s Latin School in 1880. Scudder then entered Smith College, where she received her BA degree in 1884.

In 1885 she and Clara French were the first American women admitted to the graduate program at Oxford, where she was influenced by York Powell and John Ruskin. While in England she was also influenced by Leo Tolstoi and by George Bernard Shaw and Fabian Socialism. Scudder and French returned to Boston in 1886.

Scudder taught English literature from 1887 at Wellesley College, where she became an associate professor in 1892 and full professor in 1910.

When French died in 1888, Scudder joined the Society of the Companions of the Holy Cross, a group of Episcopalian women dedicated to intercessionary prayer and social reconciliation. Also in 1888, she joined the Society of Christian Socialists, which, under the Rev. William Dwight Porter Bliss, established the Church of the Carpenter in Boston and published The Dawn.

She was one of the founders, in 1890, along with Helena Dudley and Emily Greene Balch, of Denison House in Boston, the third settlement house in the United States. Scudder was its primary administrator from 1893 to 1913.[1]

Scudder is honored with a feast day on the liturgical calendar of the Episcopal Church (USA) on October 10. Learn More

Born in Boston, Massachusetts, Scudder may be most widely known for his essay on the importance of first-hand, careful observation in the natural sciences. The treatise on inductive reasoning, entitled “The Student, the Fish, and Agassiz”, reflects his initial experience, learning really to see, under the tutelage of Louis Agassiz at Harvard University.

He graduated at Williams College in 1857 and at Harvard University in 1862, was a leading figure in American entomology from 1858, and the first North American insect paleontologist. He also undertook systematic work with Lepidoptera (almost exclusively butterflies), Orthoptera, Mantodeaand Blattodea and fossil arthropods, including the exquisitely preserved butterfly Prodryas persephone.  Learn More 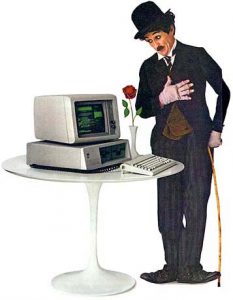 Billy Scudder, Actor – has been performing since the age of two. He is a singer, actor, mime, writer, director and teacher. Billy’s portrayal of Charlie Chaplin for IBM ushered in the age of the Persorsonal Computer.   He has appeared in over 100 IBM commercials and won eleven Clio Awards, television advertising’s higest award. Learn More 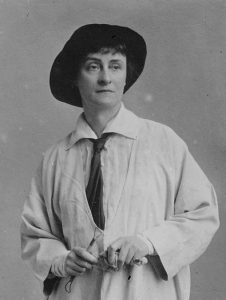 Janet Scudder, Sculptor 1869-1940 – Janet Scudder received a commission to model the seal for the New York Bar Association. From that point on she was to not lack for work, becoming one of the most prolific and successful makers of small fountains and garden sculptures. The themes of her works were frequently children, animals and pixies, fairies and other elemental beings often combined with each other.

Paul Scudder – has been teaching Organic Chemistry at New College for 35 years, and his passion for the subject has inspired countless students during this time. In 2015, New College of Florida, held a symposium in his honor to pay tribute to the impact that Scudder has had on his students education,  careers, and  lives.

Christopher Scudder – served as a platoon leader with the 25th Infantry Division in Viet Nam during the Tet Offensive in 1968.  He was severely wounded during a night ambush outside Dau Tieng in the Michelon rubber plantation.  His military awards and decorations include the Combat Infantry Badge, three Bronze Stars, the Purple Heart, two Meritorious Service Medals, three Army Commendation Medals, the Republic of Viet Nam Honor Medal, and various other service medals.

After retirement from the service, Chris served as a Bishop in The Church of Jesus Christ of Latter-Day Saints.

Currently, Chris resides on his farm in Harrison, Arkansas. He is a Board Member, family Historian and Genealogist of the Scudder Association, one of the oldest family organizations in the country. 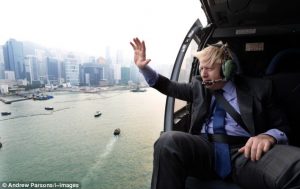 Alexander Boris de Pfeffel Johnson is a Scudder on his mother’s side.

Boris Johnson, an English politician, popular historian, and journalist has served  as Mayor of London from 2008 to 2016. A member of the Conservative Party, Johnson considers himself a One Nation Conservative and has been described as a libertarian due to his association with both economically liberal and socially liberal policies.

Johnson or “BoJo” as he is known in the London press,became the centre of media interest in early 2016 when he refused to clarify his support for Brexit. In February 2016 he endorsed Vote Leave in the “Out” campaign for the United Kingdom European Union membership referendum, 2016.

Following Theresa May’s victory in the leadership contest and subsequent appointment as Prime Minister, Johnson was appointed Secretary of State for Foreign and Commonwealth Affairs on 13 July 2016.    Learn More

If you have a Scudder you would like us to meet, please submit a picture and brief description .  We look forward to it. Send information