A Genteel Hand That Rocked a Remarkable Cradle

The old saying, “The hand that rocks the cradle is that hand that rules the world,” seems particularly fitting for Elizabeth (Scudder) Lathrop. Many in her posterity have been motivated by a strong desire to make the world a better place. Some have been well known on the world stage and many were significant in their smaller spheres of influence among their immediate families, neighbors and communities to inspire and promote the common good. As with any large multigenerational family, one might find an outlier or two. Elizabeth Scudder’s more serviceable posterity learned to first rule themselves so when they were called upon to advance the welfare of others, they were ready, willing and able to sacrifice time or personal comfort or financial gain.

This saying, deeply embedded in pre-21st century American culture, comes from an almost forgotten poem by William Ross Wallace that honors the incalculable work of a dedicated mother. Wallace first published it as “What Rules the World” but later renamed it “The Hand That Rocks the Cradle:”

Blessings on the hand of women!

Angels guard its strength and grace,

In the palace, cottage, hovel

Oh, no matter where the place;

Would that never storms assailed it,

For the hand that rocks the cradle

Is that hand that rules the world….[2]

Elizabeth2 (E)’s hand gently rocked nine babies in her cradle who went on to produce a remarkable posterity that includes local, state and national leaders, thousands of responsible citizens, dedicated parents, industrious men and women who built communities and their local economies, and many ministers and devoted people of faith, and numerous missionaries for a variety of faiths. Elizabeth2’s memory is preserved because of them.

The Scudder Association Foundation designates her as Elizabeth2 Scudder (E) to highlight that she was the immigrant ancestress of the prolific American Scudder (E) Line. The (E) also distinguishes her from her immigrant first cousin of the same name and near age who was the daughter of Thomas1 (T), the immigrant to Salem, Massachusetts. There are histories online and in print, that mix up the two different women. Elizabeth2 Scudder (E) is the daughter of John1 Scudder (HenryA) so she was Thomas1 Scudder (T)’s niece.[3]

Among Elizabeth2 (Scudder) (E) Lathrop’s notable descendants are two former U.S. presidents, Gen. Ulysses S. Grant, 1869–1877, and Franklin Delano Roosevelt, 1933–1945. Both were foremost figures in steering the United States of America through dark and dangerous times thus preserving it as a free nation. Ancestor charts for both men are readily available on the Internet and in books to keep the memory of Elizabeth2 (E) alive.

Grant was general for the Union army during the U.S. Civil War and was elected president in 1869 while the nation was still recovering from the destruction and bitterness of the War. His challenge was to work with the Reconstruction Act of 1867, to heal and to rebuild a cooperative national spirit and to end any remaining traces of slavery.

America’s longest serving president, Franklin Delano Roosevelt led the nation out of the economically devastating Great Depression and through the massive wartime effort and trying times of World War II.

Few women can claim such a large or prominent posterity. In light of significant public service by her offspring to the United States of America, it is fitting that Elizabeth2 Scudder’s courtship with Samuel2 Lothrop began at Boston because Boston is called a Cradle of Liberty.[6] Some branches of the family spell Samuel2’s name Lothrop, like his father Rev. John1 Lothrop, and others spell it Lathrop, but either way the name has become synonymous with leadership.

Snippets about Elizabeth2 Scudder (E) are scattered in a number of sources but she deserves to have a detailed, well-sourced chronological biography that tells her story within her historical context. This issue of the Scudder Family Historical & Biographical Journal features Elizabeth2 (Scudder) Lathrop (E) with several articles:

“Elizabeth Scudder, Wife of Samuel Lathrop (Lothrop) Was the Immigrant Ancestress of These Remarkable Descendants”

”This article is a continuation that includes brief biographical sketches of some of her more prominent descendants of historical interest.

This first part of Elizabeth2 Scudder (E)’s biography explores her family heritage and years in Strood, Kent, England and reasons for her immigration to New England.

“Mrs. Elizabeth Scudder Lathrop: her adult life in America that includes her residences and roles as a wife, mother of nine and grandmother.” [Coming soon]

These biographical articles will highlight relationships that would have had the greatest influence upon this 17th century woman—as a daughter, stepdaughter, niece, sister, wife, mother and grandmother—who also had many duties as a pioneering woman engaged in founding two settlements in the Connecticut wilderness. See other Scudder Family Historical and Biographical Journal articles that pertain to Elizabeth (E) or her descendants in volume 1, nos. 2–3 and volume 2, no. 1. 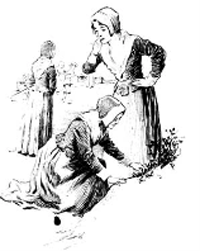 The Enduring Work of Mrs. Elizabeth Scudder Lathrop” outlines her roles as a 17th century New England woman and the cultural and religious environment experienced by her family.

END_OF_DOCUMENT_TOKEN_TO_BE_REPLACED 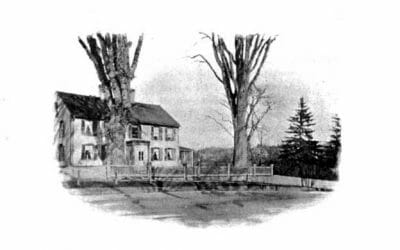 Elizabeth Scudder, Wife of Samuel Lathrop (Lothrop), Was the Immigrant Ancestress of These Remarkable Descendants

Among the many thousands of descendants of Elizabeth2 (Scudder) Lathrop[2], there were public servants and ministers and missionaries who have served throughout the globe.

END_OF_DOCUMENT_TOKEN_TO_BE_REPLACED

Elizabeth Scudder, born 1625 at Strood, Kent, wife of Samuel Lathrop: Early Life of Elizabeth (Scudder) Lathrop, Ancestress of the Scudder (E) Line The truth that Elizabeth2 Scudder (E) was born in 1625 at Strood near Rochester, Kent has been in print for over thirty years, correcting at least one hundred years of errors ..