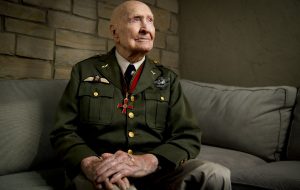 Lt. Gail Halvorsen, the Candy Bomber, gave hope and love to starving German children during the 1948 Berlin Airlift to counteract the Soviet blockade

Now with war clouds threatening Europe again from renewed totalitarian ambition, Gail’s story is a timely one to remember. Better known as the “Candy Bomber,” Gail Seymour Halvorsen died in Provo, Utah on February 16, 2022, at age 101. Some of us can remember marveling at old movie highlight newsreels of the Berlin Airlift, especially thrilled by the story of the Candy Bomber who, on approach to Templehof Airport in West Berlin, dropped handkerchief parachutes rigged with candy from his cargo plane loaded with flour. Not only did Halvorsen’s actions make many friends among the devastated German people for the American occupiers, but Halvorsen’s example of unselfish kindness gave a generation of American children an opportunity to develop greater sympathy for their former enemies. Gail’s lead inspired a worldwide outpouring of love and generosity. Lessons learned from his experience dedicated Halvorsen to a life of service that continued through many avenues until his death. He taught that service to others is the only true way to happiness. Spoken like a true Scudder, Halvorsen repeatedly said:

Give service to others if you seek genuine fulfillment. A happy person has goals that include others. Those devoid of service are wandering Dead Sea souls.[3]

Some handkerchiefs and candy for those sweet payloads donated to Lt. Halvorsen came not only from the rations of his Air Force buddies, but from his sweetheart at home, Alta Jolley, a descendant of Elizabeth (Scudder) E Lathrop, the immigrant ancestress of the American Scudder (E) line. As one of the remarkable Scudderoids who truly changed the world, the Scudder Association Foundation wishes to express our condolences to Halvorsen’s children, who are Scudder descendants, and all others in the Halvorsen family.

Also known as Uncle “Wiggly Wings” and the “Chocolate Flier,” Halvorsen and the nation he served, was working to avert an even greater humanitarian crisis than had already occurred in the bombed-out ruins of Europe. “Operation Little Vittles” that Halvorsen started is quite a contrast to actions by the Soviet totalitarian regime that made the Berlin Airlift of 1948 such an essential act of mercy. One might ask, “Why was the Berlin Airlift so important?” The answer is on the website of the Gail S. Halvorsen Foundation. “The Soviet Union’s blockade of West Berlin was the opening salvo in the Cold War. America and her allies stepped up and made it a decisive victory. It was a daunting task to supply the food and other needs for so many civilians for an unknown length of time. Without firing a shot, the Soviet plan to hold West Berlin hostage was defeated.”[4] 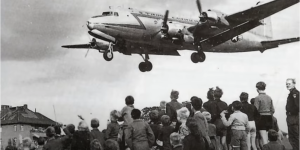 In this interview by Tom Brokaw, Halvorsen tells us how this remarkable story begins:   https://www.youtube.com/watch?v=QWbISrde2mQ

Tom Brokaw then narrates a special musical version of the story, “Christmas from Heaven” with a surprise ending.  https://www.youtube.com/watch?v=Hjz8yu5MWC0

Studies Weekly supplies more of Halverson’s own descriptions of the situation, including these sobering words from the children who were concerned for the pilots that winter weather would make the deliveries too dangerous. Suggesting they not take undue risks, the children said but if they couldn’t come it was alright, but don’t forget us. “Someday we’ll have enough to eat. But if we lose our freedom, we’ll never get it back.”   https://www.youtube.com/watch?v=rgjrbDvLcLs

Besides his many military and educational and goodwill ambassador missions, in what seems to be a widespread Scudder tradition, this obituary says Gail also served two missions with his wife Alta for their church, including to England and St. Petersburg, Russia. This obituary is an excellent summary of Halvorsen’s life:   https://www.standard.net/news/local/2022/feb/17/gail-s-halvorsen-the-worlds-candy-bomber-dies-at-age-101/

This is a video from a 70-year commemoration event at Berlin with words from Ivo Daalder, former ambassador of NATO who states that “the Berlin Airlift set the stage for America’s leading role in the newly formed NATO alliance that transformed America’s image from enemy to ally.”   https://www.youtube.com/watch?v=L87u5JM5Bqg

Here is a CBS interview with Halvorsen and author Andrei Cherney who wrote The Candy Bombers, the Untold Story. This interview includes some footage from:   https://www.youtube.com/watch?v=1obiI4RVAw0

And this presentation of “The Chocolate Pilot” song by the Wee CARE Choir (of the Quentin Blake Europe School, a bilingual public primary school in Berlin) at the 60th anniversary commemoration of the Candy Bomber at the Allied Museum of Berlin in 2009. https://www.youtube.com/watch?v=owPJa2Fhxlo 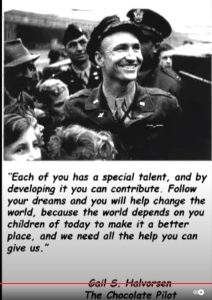 Candy bomber at the fence 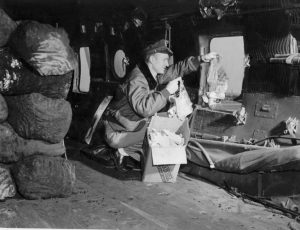 Gail Halvorsen throws chocolate and chewing gum on parachutes as the   “Candy Bomber” over Berlin in October 1948.

See this tribute on his 100th birthday to Gail Halversen from a child in Germany who observed the Berlin Airlift overhead, who was later a fellow pilot during the Cold War and even later a dear friend and fellow aviator inducted into the select Society of the Living Legends of Aviation.[5]    https://www.youtube.com/watch?v=572U2gVkQ6U 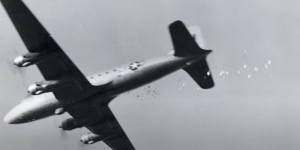 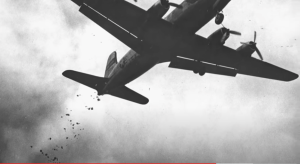 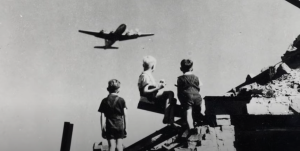 Other images from the Berlin Airlift associated with the Candy Bomber

And here are a sample of many tributes from news organizations to check out:

The Gail S. Halvorsen Foundation tells us that in Operation Vittles, 92,000,000 miles were flown during the Airlift, almost the distance from the earth to the sun, and that 2,334,374 tons of food and fuel were delivered to Berlin, a humanitarian achievement by any measure but especially because the recipients had been recent enemies in a bitter war.Operation Little Vittles that Halvorsen’s volunteer efforts began dropped 46,000 pounds of donated candy and used 250,000 donated handkerchief parachutes to bring hope and goodwill to a generation of Germans in need.

Link for funeral of Col Gail Seymour Halvorsen, the Candy Bomber, on Tuesday, February 22, 2022 at 11:00 a.m.  https://www.youtube.com/watch?v=s-jZ3luHr_U
(Speakers and music include members of Col Gail Halvorsen’s family who are our Scudder cousins.) 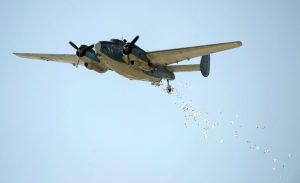 [5] The Living Legends of Aviation, https://www.aerlex.com/living-legends-of-aviation-13th-annual-awards-ceremony/

A Christmas Gift to You from Amos and Jedediah Scudder, etc,, and the Miracle of The Battle of Trenton with No ‘Summer American Soldiers or Sunshine Patriots There!’

The American army was in precarious condition in Pennsylvania, just across the Delaware River from New Jersey. Its numbers were estimated to have dwindled from 30,000 in the summer to 3,000. Washington’s soldiers were not well furnished, having had to leave supplies as they fled New York.

END_OF_DOCUMENT_TOKEN_TO_BE_REPLACED 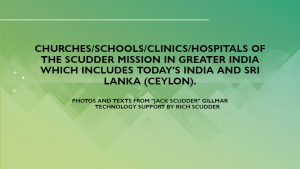 This is a slide presentation of pictures and information during Jack Gillmar’s (SAF Board Member) recent trip to Southern India and visits of Scudder Memorial Hospital (SMH), Christian Medical College (CMC), and the various sites supported by both and our foundation.

END_OF_DOCUMENT_TOKEN_TO_BE_REPLACED 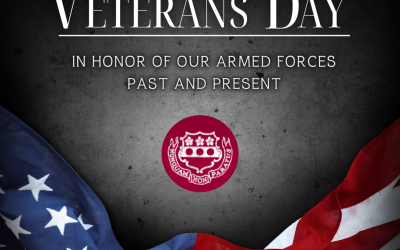 This Veterans Day, please join us in honoring our armed forces, both past and present. A member of our family has served in every U.S. Military conflict since the founding of our republic. The Scudder name is deeply entwined in this country's history, and we are proud...

END_OF_DOCUMENT_TOKEN_TO_BE_REPLACED 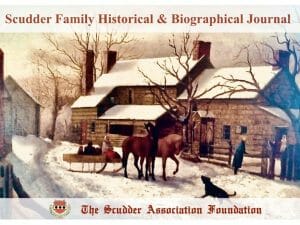 “Curiosity is what distinguishes us from the cabbages:” 110th Anniversary of Preserving and Sharing Scudder Family History

END_OF_DOCUMENT_TOKEN_TO_BE_REPLACED 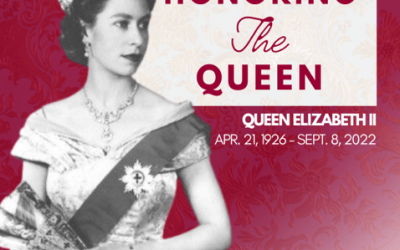 We at the Scudder Association Foundation, would like to express our deepest sympathies to our British relatives and friends regarding the passing of Queen Elizabeth II. The British Commonwealth was blessed to have a truly unique and historic individual, a force to be reckoned with.

END_OF_DOCUMENT_TOKEN_TO_BE_REPLACED 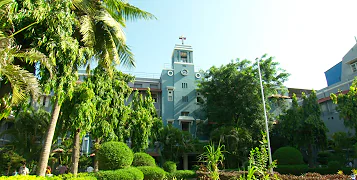 CMC Vellore Videos by Jack Gillmar - Scudder Association Foundation Board Member "I have researched CMC on youtube.com where there are lots of good videos on CMC. These four that I have screened and attached below make a very nice set." Jack- Gillmar   Our...