Letter From Japan – One of the First American Accounts of Hiroshima 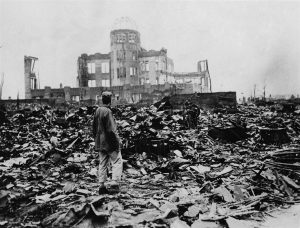 On May 27, 2016, the President of the United States, visited the city of Hiroshima, where he spoke these words: “Seventy-one years ago, on a bright cloudless morning, death fell from the sky and the world was changed. 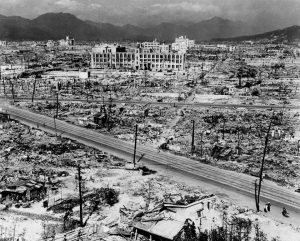 A flash of light and a wall of fire destroyed a city and demonstrated that mankind possessed the means to destroy itself….Their souls speak to us. They ask us to look inward, to take stock of who we are and what we might become.”

Less than two months after the atomic bombing of Hiroshima, a young American 1st Lieutenant Infantry Officer was sent on a detail to the devastated city. On his return to Tokyo, this combat veteran, wrote his younger brother a poignant letter describing what he saw and felt. 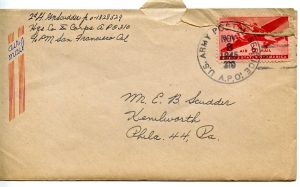 This letter was discovered in 2013, after the death of its recipient. (Click image to read) 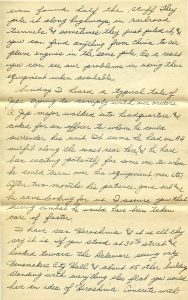 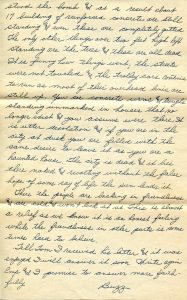 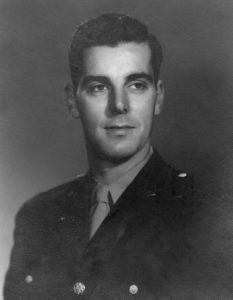 The author of this letter, George “Buzz” Scudder, of Philadelphia, never spoke of his experience in Hiroshima to his children.

He only mentioned that, had the bomb not been used, there was a good probability he would have been killed with the inevitable invasion of the Japanese Islands.

Months of intense combat prior to the Japanese surrender had fostered a passionate enmity for his enemy.  He discovered during the occupation,  a begrudging admiration for a people and culture he had once considered contemptible.

In time, he came to respect Japan. However, no matter how many years passed, he was never comfortable with the idea of driving a Japanese car.