Not all Scudders spell it with a “C”.  Hear and read Paul Skudder’s account of his “Mirakle” on a mountain. 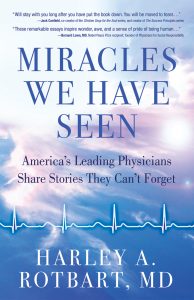 Over the years, many physicians agreed that, despite being at the forefront of medicine and science, what doctors don’t understand often exceeds what they do understand. And even when they think they understand, they are frequently proven wrong. Thus began “The Miracles Project.”

What distinguishes Paul Skudder, other than his brilliant 30 year career as a reconstructive surgeon, punctuated by volunteer trips to mission hospitals in the Dominican Republic’s interior and Landstuhl Army Hospital in Germany to provide critical care to servicemen injured in Afghanistan, are two things. He has devoted 30 years of volunteer emergency service to the National Ski Patrol and he spells Scudder with a “K”. While the former needs no explanation, the later may. 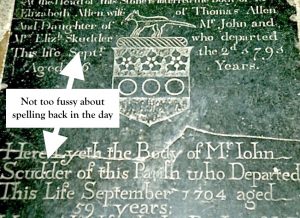 An exhaustive study of the variations in the name Scudder/Skudder can be found on cousin Simon Skudder’s website “Skudder Family History“.

As remarkable and accomplished as Paul Skudder is, as you listen to the interview, you will discover that he comes by it naturally.  His father an Englishman, emigrated as a toddle in 1926 and brought the “K” in Skudder with him to America. At the outbreak of WWII young Skudder, also a Paul, enlisted in the army before finishing high school. After the war the GI Bill enable him to finish school. Like another illustrious Scudder, Ida Scudder, he graduated from Cornell Medical School and went on as a New England surgeon. Paul the elder, in spite of his name spelling, graciously donated his time and talents for a good many years as an Officer in the Scudder Association.

You will be impressed when you hear Dr. Skudder and Dr. Rotbart tell of their and other doctor’s encounters with the unexplainable. The book, radio interview and the storytellers are inspiring.

“C” – “K”, no matter how you spell it, The Scudder Association is proud to call Paul Skudder and his father one of our own. 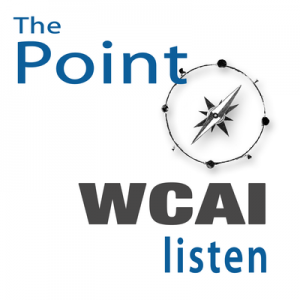 We’ve all heard stories of medical miracles; cases where patients defy the odds and survive or recover from trauma or illness. Dr. Harley Rotbart has compiled stories of medical miracles in the words of the physicians who witnessed the events. The book is titled Miracles We Have Seen, America’s Leading Physicians Share Stories They Can’t Forget . Dr. Rotbart and Dr. Paul Skudder, a Cape Cod physician who contributed two essays to the collection, join Mindy Todd on The Point. 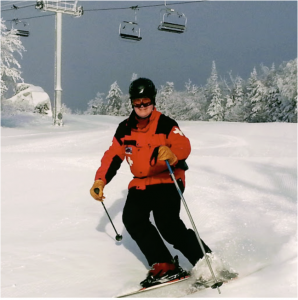 Dr. Paul Skudder, seen here, tells the story of a very lucky skier who picked the right mountain to flat-line on.

Excerpt from ‘The Miracle of Teamwork‘ by Paul A. Skudder, MD

The Miracle of Teamwork

Late afternoon on a Monday, I was visiting the cardiac intensive care unit (ICU) and had to introduce myself to the nursing staff; I’m not in the cardiology department and they did not know me. I asked a few questions to locate a patient who did not expect to see me.

There were several family members at his bedside, concerned but looking ever so much more relieved than when I had last seen them. Far more relieved. And the patient, in his late sixties, was smiling, sitting up, a bunch of tubes coming from various body locations, cheerful and speaking with his family. A new man, a new lease on life. Wow.

I began, “Do you recognize me?”

“Well, maybe, maybe not. It’s a bit out of context,” I answered.

I thought, Like really way out of context. All they see is another doc in a white coat and a tie, in a big hospital where docs in white coats and ties are a dime a dozen. I’ll bet they’ve seen so many docs in the past two days they couldn’t recognize half of them. 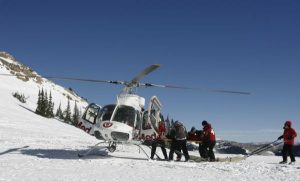 But they wouldn’t remember me from the hospital. It was before all of this. Before the helicopter. Before there was hope.

They looked at me some more. I reached into my pocket, the pocket of my white coat that usually holds my stethoscope. I pulled out a baseball cap with a logo on it. I put it on slowly. I adjusted it and I smiled. 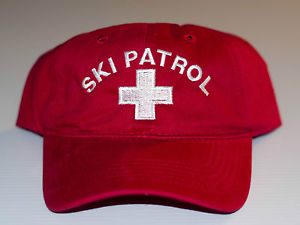 According to Paul Skudder’s story, it is best to “Speak softly but carry a big needle”.

Read the “Miracle of Teamwork” by Dr. Paul Skudder 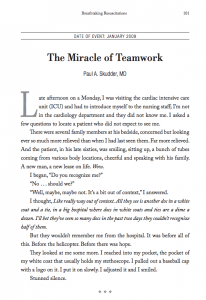 All proceeds are donated to charities of the contributing doctor essayist-physicians.