It is with sadness the Scudder Association announces the sudden passing of Christopher Eric Scudder, a Board member, Genealogy Officer and dear friend to many in the Association.

Chris Scudder has for many years been responsible for the vetting and verification of Scudder family records. A “family” man of truly of exponential proportions. Chris was responsible of the converting of thousands of existing paper genealogical records to a searchable data base. A time consuming conversion that ultimately allowed us to make over 300 years of Scudder Genealogy available on-line.

He is survived by his daughter, Jennifer Trent, a feature film post-production supervisor; four grandsons, Jack and Will Trent of Studio City, California, and Steven and Mathieu Pudleiner of Vancouver, Canada; his sister, Cathy Goldman, of Phoenix, Arizona; and his brother, Craig Bassett, of Los Angeles, California. 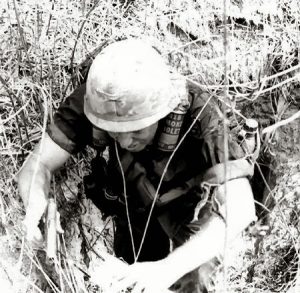 Chris was a Green Beret, Special Forces Officer in Vietnam, and was severely wounded in a night ambush.  After convalescence, he returned to active duty to pursue a career as an Army Officer, serving his country with distinction around the world.  His military awards and decorations include the Combat Infantry Badge, three Bronze Stars, the Purple Heart, two Meritorious Service Medals, three Army Commendation Medals, the Republic of Vietnam Honor Medal, and various other service medals.

After retirement he and his wife, Pamela, whom he married in 1966, settled on their farm on hilltop outside Harrison, AR.  Retirement allowed Chris to combine his love of history with his interest in genealogy, where he developed a remarkable family genealogical archive. After Chris joined the Scudder Association, he began a careful vetting of the existing Scudder genealogy papers, along with the comprehensive records compiled by the Church of Later Day Saints, in Salt Lake City, UT. Chris committed the rest of his life to maintain and update the accuracy of those records.

The Scudder Association and all of our families will always be indebted to Chris for his service and sacrifice, to his country and his family. His expertise, guidance and humor will be sorely missed.

Donations in memory of Chris can be made to The Scudder Association DONATE HERE.